Spain gave Argentina more than a language and unibrows; it gave us fish pie. The real name of the dish is ‘empanada gallega,’ or ‘Galician empanada,’ owing to its origins in Spain’s Galicia region, a place from which Argentina welcomed many immigrants, including my grandmother. What the dish gave me was a hope to get through high school.

The Galician empanada is the source of culinary pride, arguably, for the whole of Spain. Up there with paella, I’d say, the importance of this pie is such that it was carved in stone on the portico of the Santiago de Compostela cathedral back in the 12th century. Nygil Murrell of Madrid Tours & Tastings does a good job at telling the dish’s famed history (and a different recipe) in his blog.

As many of you know, I went to high school in Brazil. It was a great experience, but in the beginning it felt traumatic and isolating. I had just turned 14 when we arrived in the country and was supposed to start school exactly 20 days later. I did not speak a lick of Portuguese, was the only foreign student in the school, and had long hair and thick, bright red lips that made me look like a girl.

I couldn’t do anything about the way I looked except wait for my pubescent body to complete its transformation. The soccer thing didn’t bother me because I hated it anyway – always had. But the inability to speak Portuguese really got to me. I was so angry, I promised myself that I would learn the language so well that nobody would be able to tell I wasn’t from there. After countless hours practicing my pronunciation in front of the mirror and pausing my cassette player to repeat song lyrics over and over again, I am happy to report that I succeeded.

But it wasn’t until our geography teacher, Ms Lia Leuck, gave us an assignment about immigrants that I had a chance to win people over. We had to research and present on the nationalities of the immigrant groups that settled in Brazil’s southern region where we lived. Of course, I got Spain.

I went home and asked my mom to help me figure out how to approach this. She said, “why don’t I make you an empanada gallega to share at your presentation?”

I think at the time I thought I was going to puke. The thought of getting up in front of the whole class to speak in my thick Spanish accent was enough to make me break out into hives. And asking people to eat cold fish pie just seemed absurd.

We did it anyway. Mom made her fish pie, and I brought it to class. The presentation went well. Then I cut into the pie, and when people smelled the fishiness in the room, the look of disgust on their faces was priceless.

But when they tried it, something changed. They were delighted. The pie was gone in minutes. Teacher and students alike couldn’t get enough of it, praising it and asking for the recipe. They wanted their moms to make it for them.

It was a turning point. From then on, things started to get a little easier for me.

In Argentina, this fish pie is usually a delicacy made during lent. But many families, like mine, eat it year-round. As any empanada goes, the variations are limitless. The most common version of the dish in Argentina uses canned tuna. My family used a combination of canned tuna and canned mackerel, which I really like.

It’s a versatile dish that can be served as an appetizer or as a main, maybe with a side salad. It can be eaten cold or warm, and it’s the type of thing you could bring to a potluck party or a picnic.

Or you can bring it to your next high school reunion. 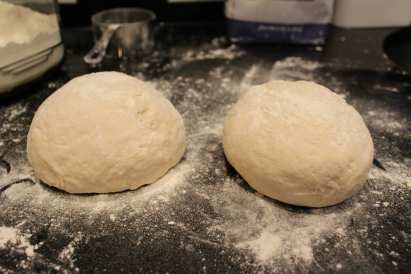 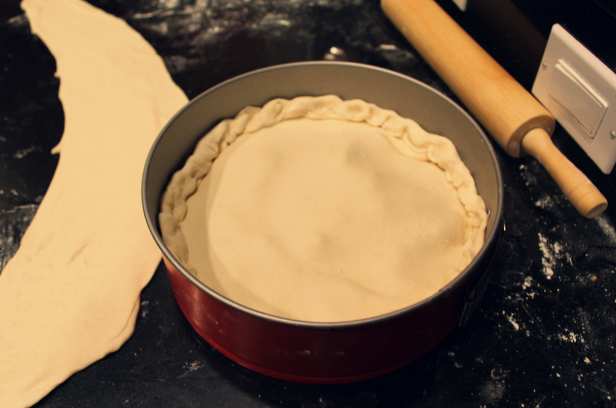 6 thoughts on “Fish Pie: A Gift from the Motherland”